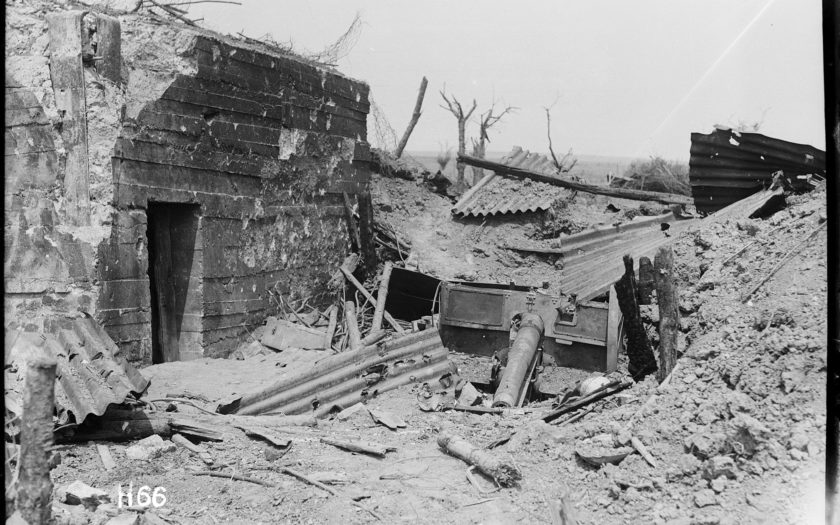 This week during World War I

Please consider purchasing Dan Carlin’s Hardcore History, “Blueprint for Armageddon,” Part I directly from Dan Carlin. Or buy the entire series and save a few bucks.

In the United Kingdom, the Representation of the People Act 1918 was passed on February 6, 1918, extending the right to vote towomen over the age of 30 who met minimum property qualifications. About 8.4 million women gained the vote in Great Britain and Ireland. In the United States, a suffrage bill was brought before the House of Representatives on January 12, 1915, but was defeated by a vote of 204 to 174, Then, on August 18, 1920, Tennessee narrowly ratified the Nineteenth Amendment, granting the vote to women aged 21 years or older throughout the United States.

After you read the following poem, contemplate how the realities faced by women in World War I may have helped fuel the drive for women’s suffrage (voting rights).

There’s the motor girl who drives a heavy van,
There’s the butcher girl who brings your joint of meat,
There’s the girl who cries ‘All fares, please!’ like a man,
And the girl who whistles taxis up the street.
Beneath each uniform
Beats a heart that’s soft and warm,
Though of canny mother-wit they show no lack;
But a solemn statement this is,
They’ve no time for love and kisses
Till the khaki soldier-boys come marching back.

Read about Jessie Pope at The Poetry Foundation

“Jailed For Their Words: When Free Speech Died In Wartime America”

This program tells the fascinating story of Montanans imprisoned during WWI as part of the Montana Sedition Act of 1918 for criticizing America’s war effort. Through powerful memoir, national expert commentary, archival footage, descendant interviews and re-enactments, the film highlights the importance of free speech in wartime America and ultimately of our first amendment rights.

Military leaders felt that art could capture the true essence of war. So they called upon eight men from the industry and sent them to France: six book and magazine illustrators—William James Aylward (1875-1956), Walter Jack Duncan (1881-1941), Harvey Thomas Dunn (1884-1952), George Matthews Harding (1882-1959), Wallace Morgan (1875-1948), Harry Everett Townsend (1879-1941), one an architect and etcher J. André Smith (1880-1959), and one “pure artist” Ernest Clifford Peixotto (1869-1940). The military made them captains in the Army Corps of Engineers and gave them free range. “They could go anywhere they wanted to go,” says historian Alfred Cornebise, author of Art from the Trenches: America’s Uniformed Artists in World War I.

“This Riveting Art From the Front Lines of World War I Has Gone Largely Unseen for Decades“
Smithsonian Magazine; August 12, 2014

As you listen to the song and follow along with the lyrics, think about who the intended audience is. What is the songwriter is asking the audience to do? What are “The Homefires?” In both the United States and Great Britain, record companies released dozens of stirring, patriotic songs in cooperation with the government objective to maintain both support for the war effort and public spirits1. Do you think the themes in this song complement or conflict with those of the poem, “War Girls,” we studied earlier?

“Keep the Homes-Fires Burning”
(‘Til the Boys Come Home)

They were summoned from the hillside
They were called in from the glen,
And the country found them ready
At the stirring call for men.
Let no tears add to their hardships
As the soldiers pass along,
And although your heart is breaking
Make it sing this cheery song:

They were summoned from the hillside
They were called in from the glen,
And the country found them ready
At the stirring call for men.
Let no tears add to their hardships
As the soldiers pass along,
And although your heart is breaking
Make it sing this cheery song:

Keep the Home Fires Burning,
While your hearts are yearning,
Though your lads are far away
They dream of home.
There’s a silver lining
Through the dark clouds shining,
Turn the dark cloud inside out
‘Til the boys come home.

Overseas there came a pleading,
“Help a nation in distress.”
And we gave our glorious laddies
Honour bade us do no less,
For no gallant son of freedom
To a tyrant’s yoke should bend,
And a noble heart must answer
To the sacred call of “Friend.”

Keep the Home Fires Burning,
While your hearts are yearning,
Though your lads are far away
They dream of home.
There’s a silver lining
Through the dark clouds shining,
Turn the dark cloud inside out
‘Til the boys come home.

Listen to a reading of a letter from Edward Henry Cecil Stewart; Source: The National Archives, UK.

This is one of many letters sent by staff of the Great Western Railway Audit office at Paddington who had enlisted to fight in the First World War. Image shows part of letter (RAIL 253/516)

… As long as you kept your head down you were comparatively safe, so as it went on, this was where I had my first escape. I was on sentry duty for a couple of hours, from 1am to 3am and was instructed to keep a sharp look out. I did not care for the idea of keeping my head above the trench and looking for beastly Germans, however it had to be done, it was quite uncanny to watch the enemy trench which appeared somewhat like a black wave and only sixty yards in front, then you would suddenly see the flash of their rifles and machine guns immediately after would come the report and nasty thuds on the sandbags which you might be resting against. I fired about five shots at their flashes (the only target to aim at) then another two shells which lodged in the parapet either side of my head leaving about 2 to 3 inches between me and certain death. I thought that near enough but it turned out that it was to have something nearer than that. Our casualties here amounted on the average, to about two per day killed, of course, we thought it terrible at the time at least I did.

Early April saw us relieved by another division and we were sent a few miles back for a well-earned rest, which consisted of physical drill and a run before breakfast. The remainder of the morning being spent in platoon drill musketry drills. After dinner we put the “cap on” our rest (why so called I do not know) by having a route march for two hours. We spent a few days like this and were dispatched with all possible speed to Ypres, here we went in to support the Canadians and spent a most unpleasant eight days, during which time we lost several hundred men, nearly all my friends who came out in the same draft and were killed or wounded, we had to retire, the best part being that the Germans did not find this out until two days after when we were more or less safely bivouacking in a very pretty wood. We stayed here for about a week; then we got to work again, digging reserve trenches just behind the front line, building up parapets which had been demolished by the enemy’s high explosive shells and such like, working all night and getting what sleep we could in the daytime. One morning we were awakened by the most awful din, it seemed as though hell had broken loose, shells were falling like summer rain. And people have often told me in the course of conversation it was raining shells and I admit I took it with a grain of salt, could not be possible I thought, but such I was surprised to find was possible and actually taking place there about 3.30am. This bombardment started and about half an hour later, I, with three others, were ordered to start reinforcing. We went up in fours, it being considered safer that way, half a mile over open ground we had to do, this being swept continually with shells, to give you a slight idea I can say the previous night, just in front of our reserve trenches was a beautifully green field, and the next morning it was as much as one could do to see any grass at all, simply one mass of craters, varying in diameter from ten to twelve paces.

I had gone about half the required distance when a shell fell only a yard from where I was, the force of the concussion [explosion] pitched me several yards to my left and I came down rather heavily, however I reached the first line without any further mishap, where we had to stay until midnight when we had to be relieved again owing to not having enough me to hold the trench. Our honours were one V.C. (Victoria Cross), two D.S.O.  (Distinguished Service Orders), one Military Cross and one or two D.C.M. (Distinguished Conduct Medals).

The next day I paraded sick, my back paining me so much that I could not stand straight for a week after. I am now back with the regiment who are on the line of communications. We are having leave shortly and if possible will pay a visit to the Audit office. Have you any news of Chichester?

For at least three centuries, political cartoons have used a single panel image, combined with a minimum of words, to convey information and opinion instantly. Often, symbols, exaggerations, and stereotypes act as a visual “shorthand” that communicates complex issues in powerful, often emotional ways.

As we learned in Dan Carlin’s Hardcore History, “Blueprint for Armageddon, Part I,” the 1839 Treaty of London guaranteed that England and France would protect Belgium as a condition of its status as an independent, neutral state. Germany’s plans to invade France required that Belgium would stand aside and let the German army march through, uncontested. Belgium, with its tiny military, defied the German demands and chose to fight the mightiest army the world had ever seen.

If you find this study program to be valuable, please consider supporting it’s development.